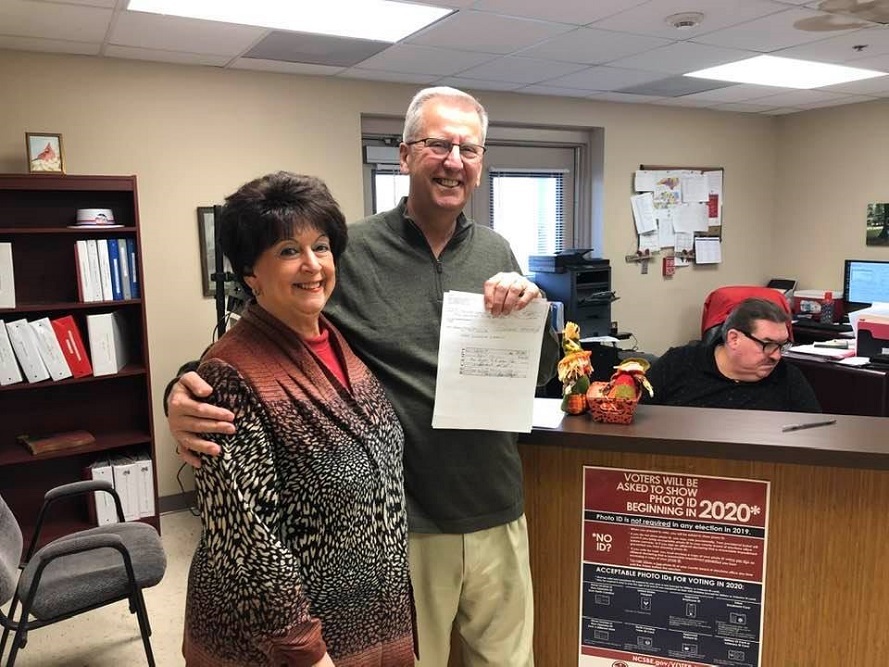 Chowan County-North Carolina state Sen. Bob Steinburg (R) has announced that he is running for re-election.

In a Facebook post, Steinburg is seen in a photo holding his election paperwork at the Chowan County Board of elections. He was accompanied by his wife, Marie Steinburg.

“We are accomplishing so much and would like the chance to continue to move our state and region and it’s wonderful people forward,” Steinburg said.

He called the upcoming election the “most important ever, election cycle.”

Elsewhere on his Facebook page, the Republican state senator described himself as “a retired businessman and lifelong conservative Republican who is devoted to helping others in his community.”

Steinburg made his announcement Dec. 2.

Want to get notified whenever we write about North Carolina State Senate ?

Sign-up Next time we write about North Carolina State Senate, we'll email you a link to the story. You may edit your settings or unsubscribe at any time.